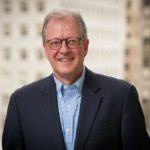 Richard Neiman is Head of Public Policy for LendingClub, the nation’s largest online credit marketplace for connecting borrowers and investors.  He joined LendingClub in 2014, after serving for three years as Vice Chairman of the Global Financial Services Regulatory Practice at PricewaterhouseCoopers LLP (PwC).

Richard was previously Superintendent of Banks for the State of New York from 2007-2011 (the predecessor to the current Department of Financial Services), where he was responsible for the supervision of all state chartered and licensed financial institutions, including banks, nonbank lenders, money transmitters, and the majority of foreign bank branches in the U.S.  During his term as Superintendent, Richard was appointed by the U.S. Congress to serve on the five-member Congressional Oversight Panel for TARP.

Richard also serves on the Board of Directors of Coinbase Custody Trust Company, LLC, a NY chartered custodian for crypto assets.  Richard also serves as an adviser to the Bipartisan Policy Center’s Financial Regulatory Reform Initiative and co-chaired its Regulatory Architecture Task Force.  He is also on the Advisory Council of the Institute for Financial Market Regulation. Richard also serves on the Advisory Board of the Harlem Educational Activities Fund (HEAF), a mentoring and college preparatory nonprofit, and on the Board of Henry Street Settlement, one of New York’s oldest social services organizations.