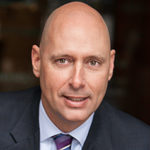 Since his appointment in 2009, Hunt has led CBA and its members through an unprecedented regulatory environment and an era of technological transformation for the industry. He has also shaped CBA into anything but a typical trade association: one focused on the new era of retail banking.  Through an overhaul of CBA’s mission and focus, Hunt has doubled annual revenue, increased membership substantially, and realigned CBA’s committee structure to tackle the industry’s most important issues. In addition, Hunt spearheaded the creation of CBA LIVE – the premier annual event for retail banking executives and oversaw the revamp of CBA’s educational programs to help train the next generation of industry leaders.

Drawing on a unique blend of political and legislative knowledge, industry stakeholders and policymakers count on his candid views to give the keen insight needed in an era of regulatory pressure and uncertainty.

Hunt has been called on to testify before Congress, is regularly interviewed by national and trade media, and speaks around the country at various industry conferences.

Prior to joining CBA, Hunt served as senior vice president of federal policy for the Securities Industry and Financial Markets Association (SIFMA) and was also the senior managing director of the Securities Industry Association, which merged with the Bond Market Association in 2006 to form SIFMA. In these roles he led major initiatives on investment tax and retirement legislation, and various other financial services issues. Hunt began his career in the U.S. House of Representatives where he spent seven years serving as chief of staff, two years as district manager, and three years as district representative for Congressman Jim McCrery (R-LA). Originally from Louisiana, Hunt is a 1989 graduate of the University of Louisiana, home of the Ragin’ Cajuns, where he received a Bachelor of Arts degree in business marketing.

Hunt currently serves as Immediate Past Chancellor of the Exchequer Club of Washington, D.C.