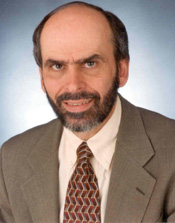 Gerald F. Seib, Executive Washington Editor, The Wall Street Journal, will be our guest speaker at the Exchequer Club meeting on Thursday, September 24, 2020.

Gerald F. Seib is the executive Washington editor for The Wall Street Journal. He was previously the Washington bureau chief, overseeing the Journal’s news and analysis from Washington. He also developed the digital edition of the Washington bureau that includes his own column and commentaries, a real-time version of Washington Wire and other features and columns. Mr. Seib appears regularly on networks such as CNBC, Fox Business Network, CNN and the BBC as a commentator on Washington affairs. He also writes a weekly column, “Capital Journal,” which brings an insightful, predictive and original understanding to politics, national affairs and foreign policy. He also has responsibility for The Wall Street Journal/NBC News polls.

Previously, Mr. Seib had been the Journal’s deputy bureau chief in Washington since September 1997. He began writing his Capital Journal column in the spring of 1993.

Mr. Seib joined the Dallas bureau of the Journal as a reporter in 1978. He transferred to the Journal’s Washington bureau in 1980 and covered the Pentagon and the State Department. In 1984, he and his wife, Journal reporter Barbara Rosewicz, were transferred to Cairo to cover the Middle East. They returned to the Washington bureau in 1987 where he has covered the White House and reported on diplomacy and foreign policy. In December 1992, he became a news editor responsible for the Journal’s national political coverage from Washington and around the country.

In 1988, Mr. Seib won the Merriman Smith award, which honors coverage of the presidency under deadline, and the Aldo Beckman award for coverage of the White House and the presidency, and in 1990, he received the Gerald R. Ford Foundation prize for distinguished reporting on the presidency. In 1992, the Georgetown University Institute of Diplomacy awarded him the Weintal Prize for his coverage of the Gulf War. He received honorable mention in the Edwin Hood Prize for diplomatic reporting from the National Press Club in 1998. Mr. Seib was part of the team from the Journal that won the 2001 Pulitzer Prize in the “breaking news” category for its coverage of the Sept. 11 terrorist attacks. In 2004, the William Allen White School of Journalism at the University of Kansas named Mr. Seib the winner of the 2005 William Allen White Foundation’s national citation. Past winners of this award include the Journal’s Vermont Royster, Walter Cronkite and Bob Woodward. In 2012 he won the Loeb lifetime achievement award for contributions to business and financial journalism.

Mr. Seib earned a bachelor’s degree in journalism from the University of Kansas. While at the university, he was a member of Phi Kappa Phi, a national academic honor society, and Kappa Tau Alpha, a national journalism honor society. He was also an intern in the Journal’s Dallas bureau, editor of the university’s newspaper, the Daily Kansan and a Sears Foundation congressional intern in the office of U.S. Representative Gilles Long of Louisiana.

He and his wife have three sons and live in Chevy Chase, Md.