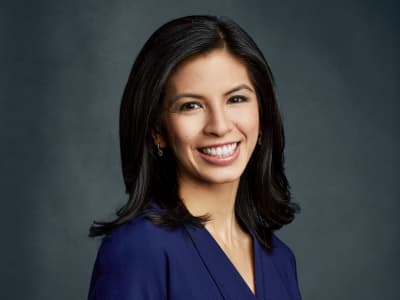 Ylan Q. Mui, Senior Congressional Correspondent, CNBC, will be our guest speaker at the Exchequer Club meeting on Wednesday, July 21, 2021.

Ylan Q. Mui is CNBC’s Senior Congressional Correspondent based at the network’s bureau in Washington, D.C., reporting on Capitol Hill and economic policy. She also plays a key role covering the power struggle between Big Tech and Washington as they continue to debate on Capitol Hill. Her reporting appears on television and CNBC’s digital platforms. Mui joined CNBC in February 2017 as a reporter focusing primarily on economic and regulatory policy.

Prior to CNBC, Mui spent nearly 15 years at The Washington Post, most recently as White House economic policy correspondent. She previously covered the Federal Reserve and the macroeconomy, subprime lending, consumer finance, retail and education. In addition, Mui reported on major international stories, including the Greek financial crisis and Brexit, as well as national disasters such as the BP oil spill and Hurricane Katrina.

Mui began her career as a receptionist and obituary writer at The Times-Picayune in New Orleans, where she was born and raised.

Mui graduated from Loyola University in New Orleans with a major in communications and a double minor in biology and philosophy. She is a member of the Asian American Journalists Association, where she is a past vice president of the Washington, DC chapter. She is also a graduate of AAJA’s Executive Leadership Program.