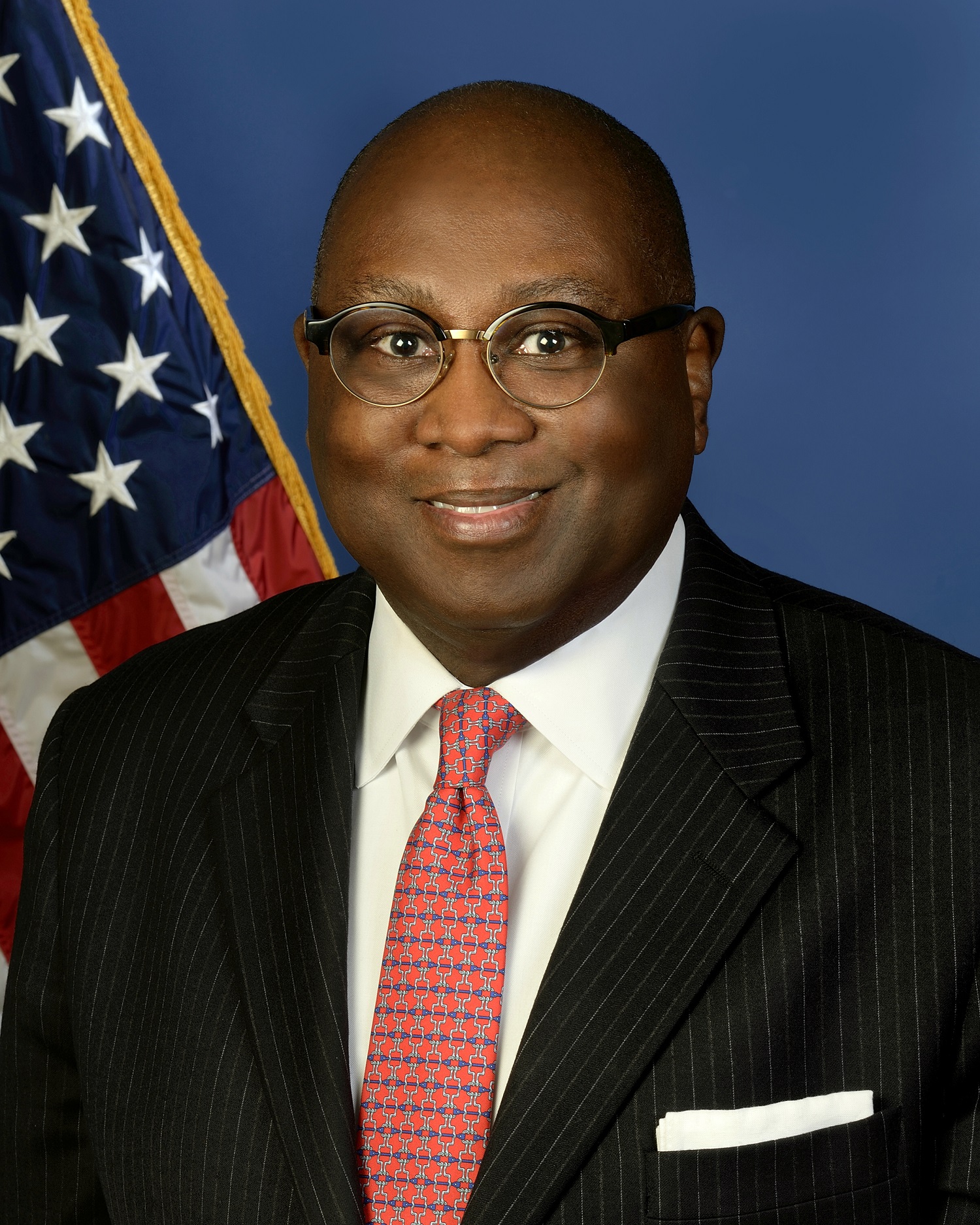 Rodney E. Hood, Chairman, National Credit Union Administration, will be our guest at the Exchequer Club luncheon on Wednesday, January 15, 2020.

President Donald J. Trump nominated Rodney E. Hood for the NCUA Board on January 19, 2019. The U.S. Senate confirmed him on March 14, 2019, and he took the oath of office on April 8, 2019, and was designated as the eleventh NCUA Chairman by President Trump.

As NCUA Board Chairman, Mr. Hood also serves as a voting member of the Financial Stability Oversight Council. He also represents the NCUA on the Federal Financial Institutions Examination Council and the Financial, Banking Information Infrastructure Committee.

Mr. Hood was previously nominated to the NCUA Board by former President George W. Bush and served from November 2005 until August 2009. He was appointed Vice Chairman, and he served as the NCUA’s representative on the board of directors of NeighborWorks America.

Immediately prior to rejoining the NCUA Board, Mr. Hood served as a corporate responsibility manager for JPMorgan Chase, managing national partnerships with non-profit organizations, financial regulators, and community stakeholders to promote financial inclusion and shared prosperity in underserved communities throughout the United States.

His previous experience includes serving as associate administrator of the Rural Housing Service at the U.S. Department of Agriculture. In this role, he helped to address the housing needs in rural communities and administered the agency’s $43 billion mortgage portfolio.

Prior to his public service, Mr. Hood served as marketing director and group sales manager for the North Carolina Mutual Life Insurance Company in Durham, North Carolina. He also served as national director of the Emerging Markets Group for Wells Fargo Home Mortgage and served on the board of the Wells Fargo Housing Foundation. Earlier in his career, he worked for Bank of America as a Community Reinvestment Act officer and completed the management development program at G.E. Capital.

Mr. Hood’s professional awards include being named one of the “40 Young Leaders Under the Age of 40” by the Triangle Business Journal in Raleigh, North Carolina. He is also the first recipient of the “Dream Award,” an award given by the Wells Fargo Housing Foundation to honor individuals who have exhibited an outstanding commitment to affordable housing.

A native of Charlotte, North Carolina, Mr. Hood holds a bachelor’s degree in business, communications, and political science from the University of North Carolina at Chapel Hill.