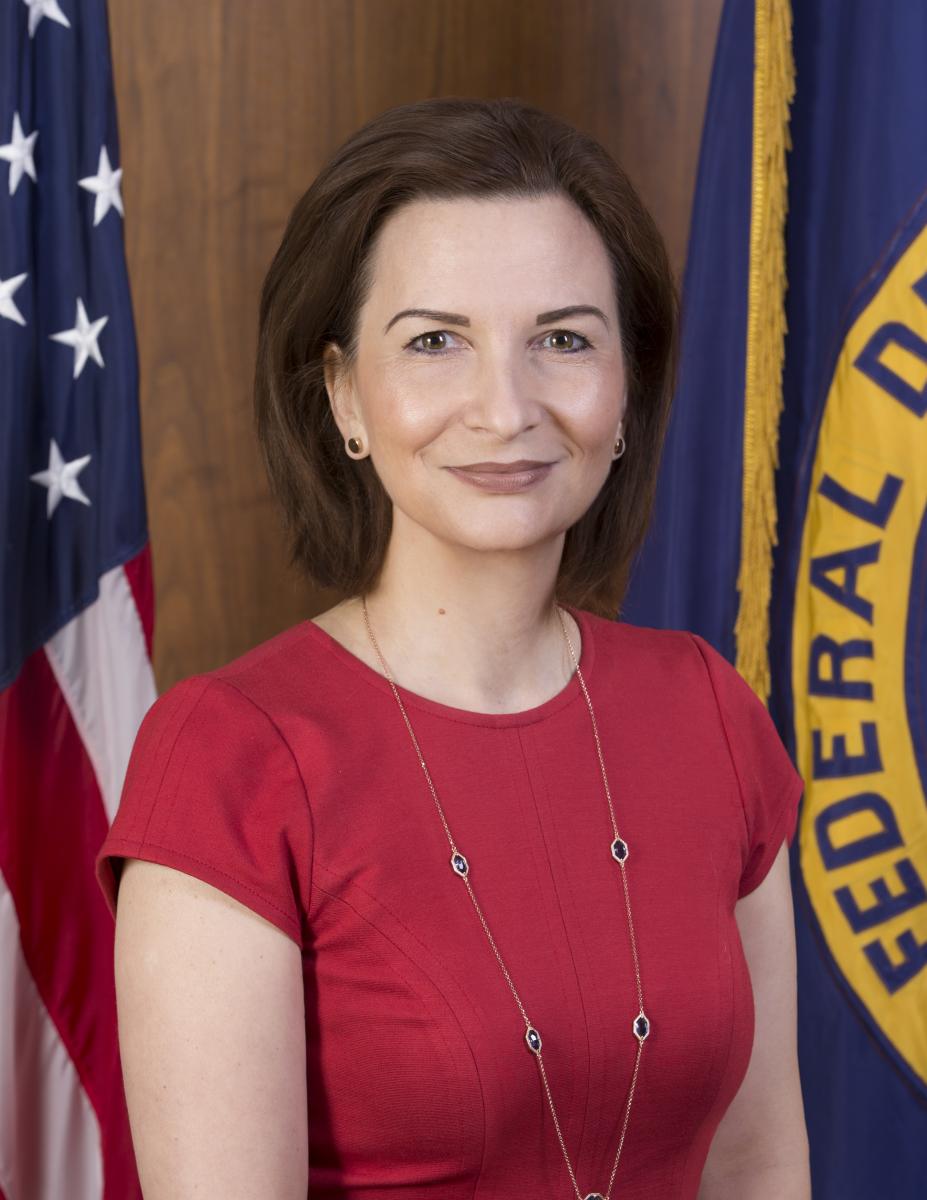 Jelena McWilliams, Chairman of the FDIC will be our guest speaker at the Exchequer Club luncheon on Wednesday, February 20, 2019.

Jelena McWilliams is the 21st Chairman of the FDIC. She was nominated by President Donald J. Trump on November 30, 2017, and confirmed by the Senate on May 24, 2018, to serve a six-year term on the FDIC Board of Directors, and designated as Chairman for a term of five years.

Ms. McWilliams was Executive Vice President, Chief Legal Officer, and Corporate Secretary for Fifth Third Bank in Cincinnati, Ohio. Prior to joining Fifth Third Bank, Ms. McWilliams worked in the United States Senate for six years, most recently as Chief Counsel and Deputy Staff Director with the Senate Committee on Banking, Housing and Urban Affairs, and previously as Assistant Chief Counsel with the Senate Small Business and Entrepreneurship Committee. From 2007 to 2010, Ms. McWilliams served as an attorney at the Federal Reserve Board of Governors. Before entering public service, she practiced corporate and securities law at Morrison & Foerster LLP in Palo Alto, California, and Hogan & Hartson LLP (now Hogan Lovells LLP) in Washington, D.C.

Ms. McWilliams graduated with highest honors from the University of California at Berkeley with a B.S. in political science, and earned her law degree from U.C. Berkeley School of Law.